…to deliver a broad and balanced education, which enables the individual child to develop to his or her maximum potential, in a dynamic and caring environment.

Our approach engages the pupils in all aspects of education and requires responsibility and involvement. Within a caring and structured environment, children are taught the curriculum by a vibrant and creative teaching staff and encouraged to mature and grow to love life and learning.

Read more about our curriculum
3

Parents add to the strong sense of community and participate in an atmosphere of high standards of behaviour, wellbeing and academic achievement. The Friends of BJAB enforces such a bond.

The Friends of BJAB is a lively and informative way of being part of the BJAB family. There are regular briefing events from the Head teacher and members of staff on matters of curriculum development and ways in which parents can assist in their child’s learning. The class representative system is a direct link into your child’s class for practical help on things such as uniform and arranging play dates with other children. The committee organises regular social events, held at various times to suit working parents.

We value each child as an individual within our welcoming and supportive atmosphere. We promote the essential qualities of integrity, loyalty, self-discipline, independence, self-confidence, kindness, mutual respect and consideration. 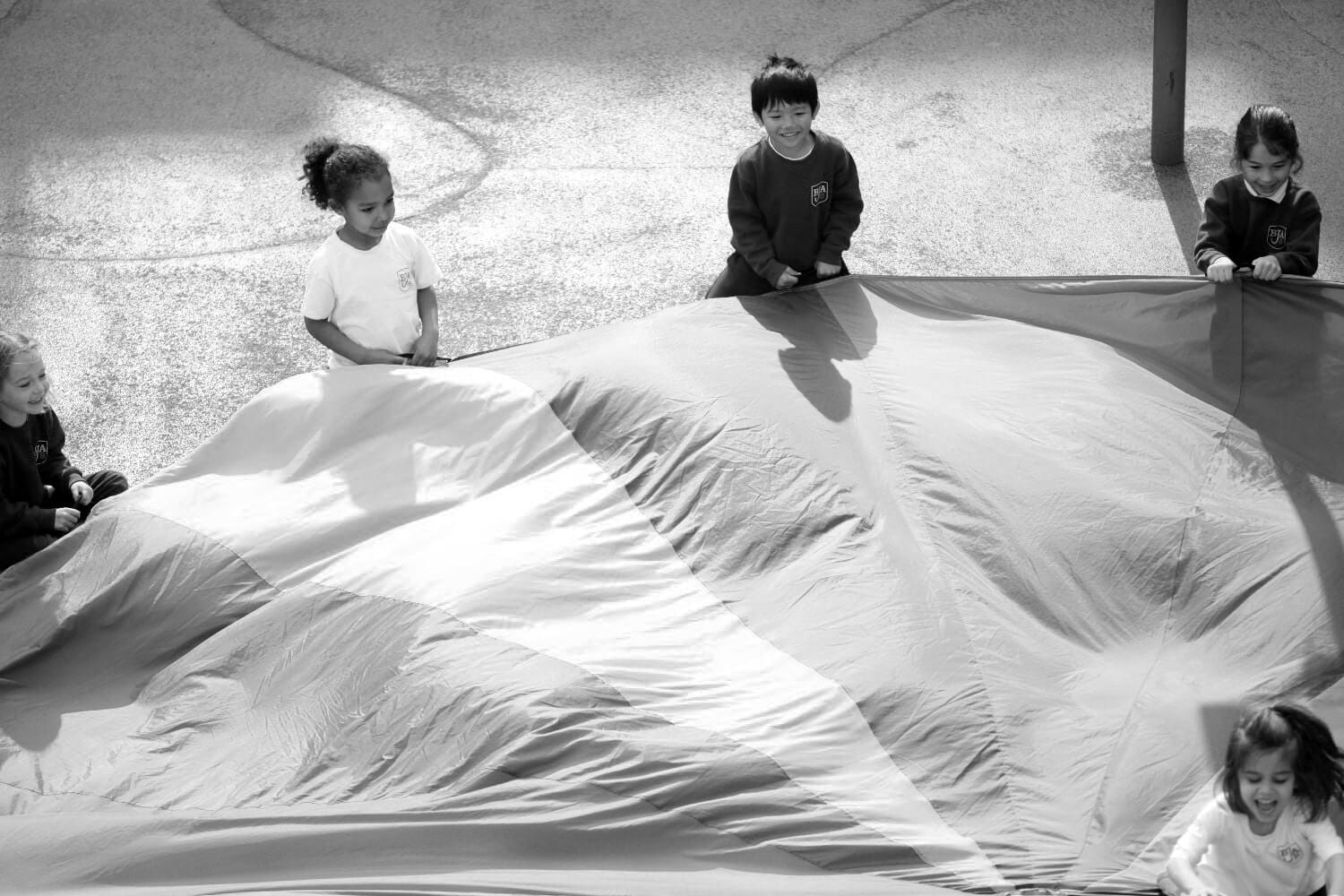 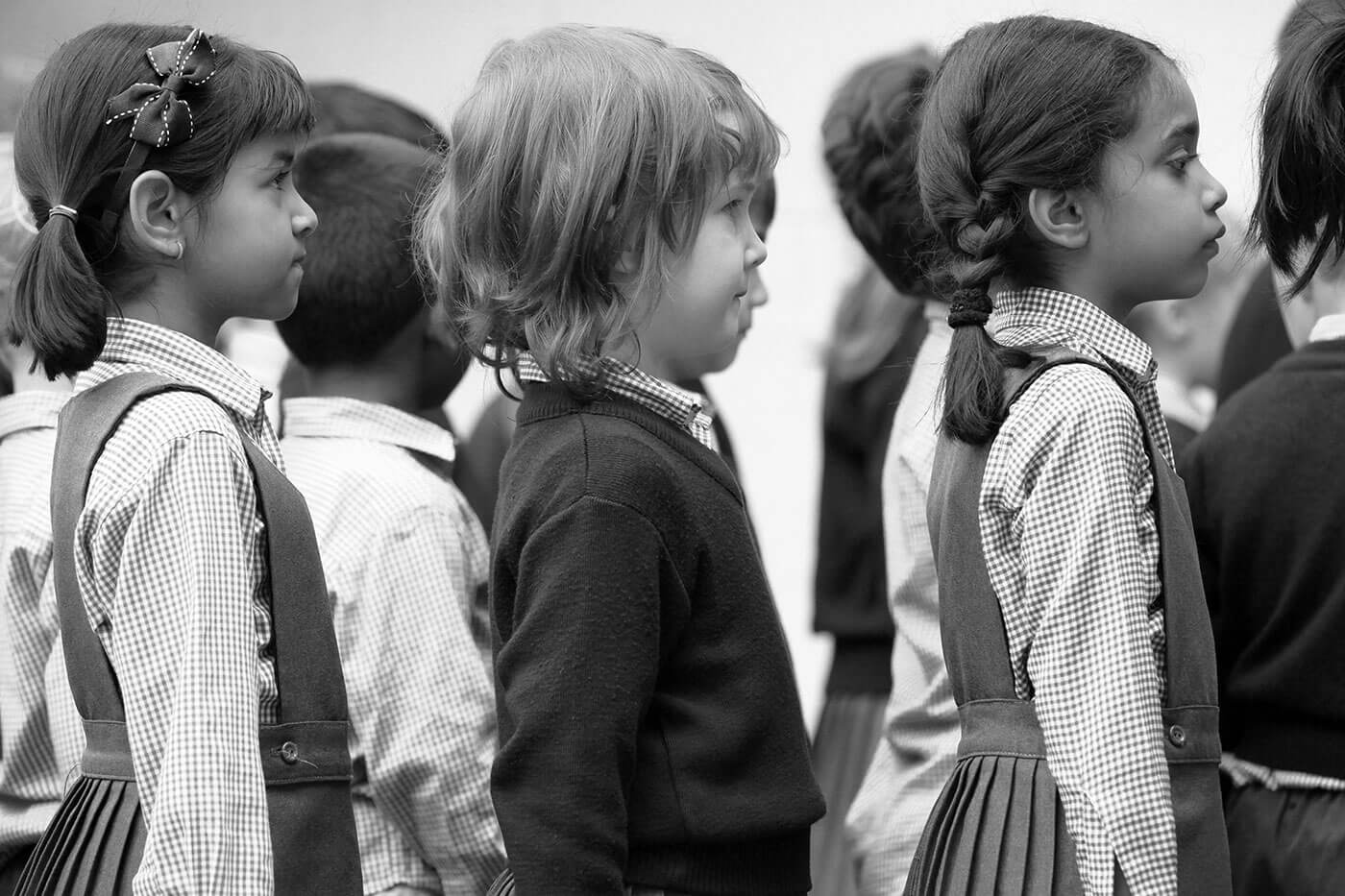 Each month the school, adults and children, reflects on a given moral value chosen by the School Council. All members of the BJAB community are encouraged to practice these shared values.

Convinced about our approach?

The School Council is democratically elected by pupils from Years 1 to 8. Pupils share their ideas and opinions and are involved in the decision-making process for a range of activities with the support of the Headteacher. The main responsibilities include the planning and organising of pupil-initiated events and fund-raising for their chosen charities as they consider the needs of others in the community.

Each House is made up of pupils from across the year groups; Montgomery, Schuman, Hergé and Baudouin are led by House Captains chosen from Year 6. The leader of each house is responsible for helping their team to work together on projects, assemblies, competitions, quizzes and organised events.

At the end of each term the House Captains collect points for their team and competition is intense for the award of the House and Sports cups on ‘BJAB Day’.

At BJAB we take our social responsibilities seriously and enthusiastically. Giving to charities provides vital learning experiences for everyone at the school.

Our chosen charitable cause in 2018-19 was HALMS, a charity in the Philippines which runs a school for children who are known locally as “Dump Children.”

On the outskirts of Manila is a giant landfill dump for all the waste collected from the city. The system of rubbish collection, disposal and recycling has become a way of life for a large group of poor people.  Small shanty towns have grown up around the dump, built with salvaged materials, but in many areas they are not connected to the outside world for electricity and fresh water.

Cut off from main city, children do not go to school because they work on the trucks collecting waste from around the city. It’s dangerous and dirty work. In the dump towns there are many social problems associated with poverty and lack of education: addiction to alcohol, drugs and gambling is widespread.  Children grow up in smelly, toxic surroundings, unable to read and write. Their only future is The Dump.

Some years ago a group of expat women decided to do something to help the children learn to read and write. They started visiting the dump and giving lessons. The idea grew and more children wanted to come, so the HALMS charity raised enough money to convert a building into a school with permanent teachers. The school also has room for children to live there, if they are not able to stay with their parents.

Mr and Mrs White visited the school in 2017 on a day that six boys graduated from the dump school and started at city schools. This was a huge achievement for the boys, the teachers and the parents. Mr White was invited to present medals to the boys and talk to them about their future. After the ceremony everyone celebrated with traditional Philippines food. In September 2018 BJAB sent a large number of text books and resources to HALMS and these are in use at the moment. In April 2019, one of our teachers visited HALMS during the Easter holiday to help the other teachers use the books and resources in the best way and to give professional advice on teaching methods.

At BJAB we are interested to learn about the dump and the way of life for children who live there. We know that UNICEF and other charities are working to help address the problem. But with an estimated 200,000 children in this situation across the Philippines, we were inspired to see how our contribution can make a difference to those less fortunate than ourselves. 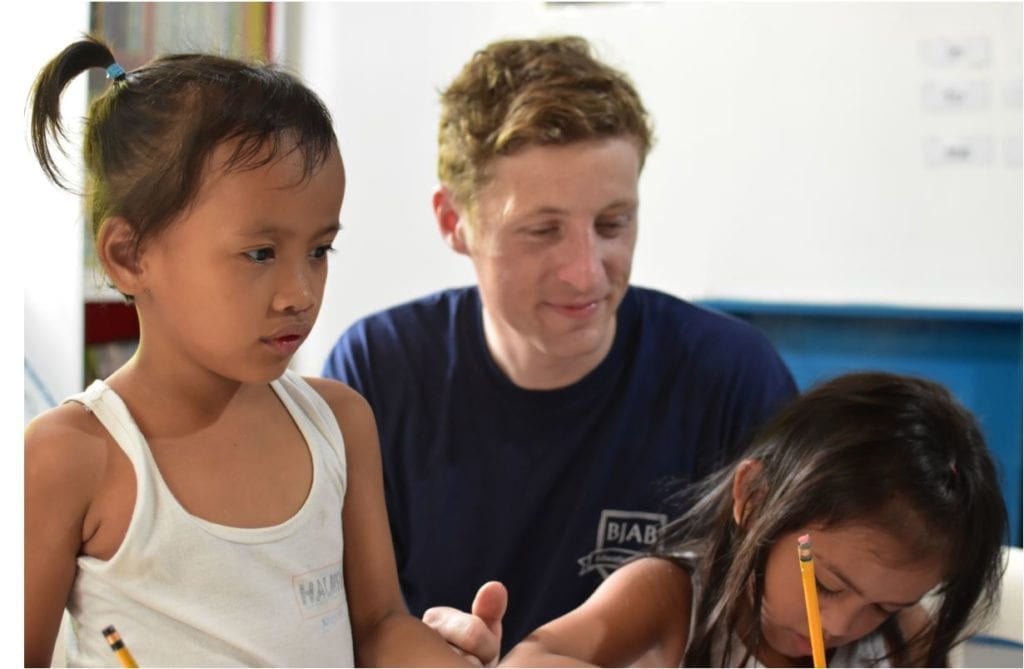 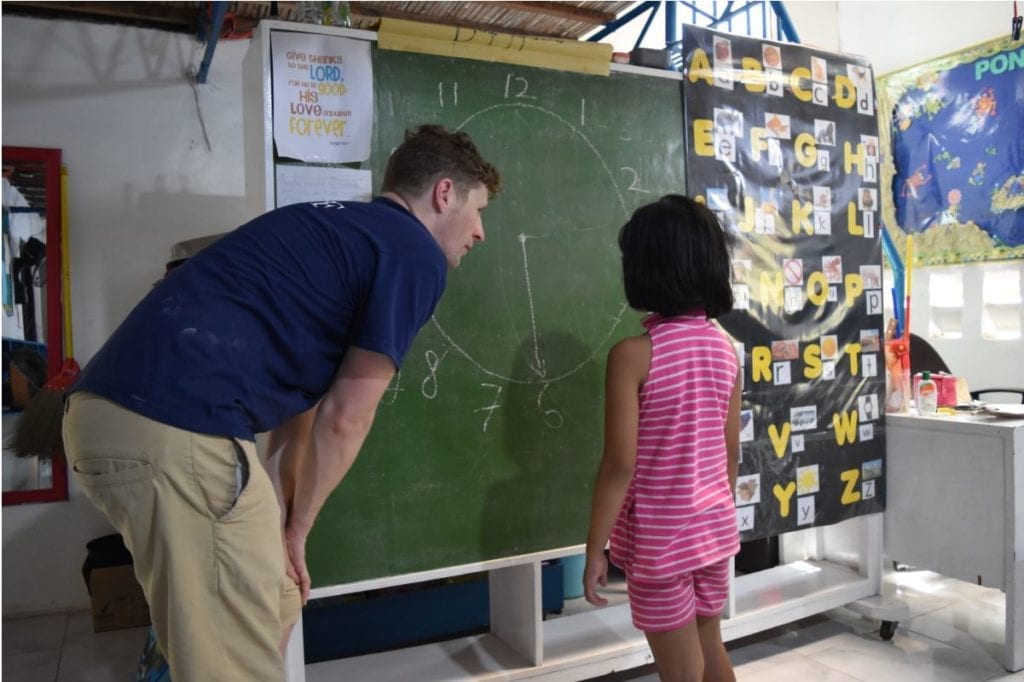 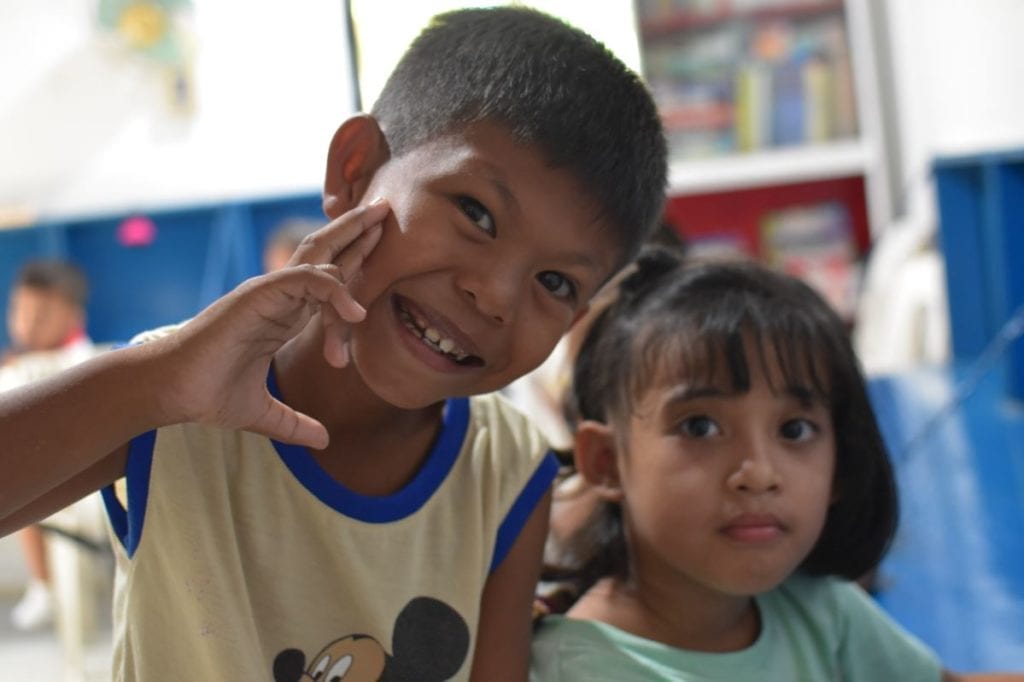 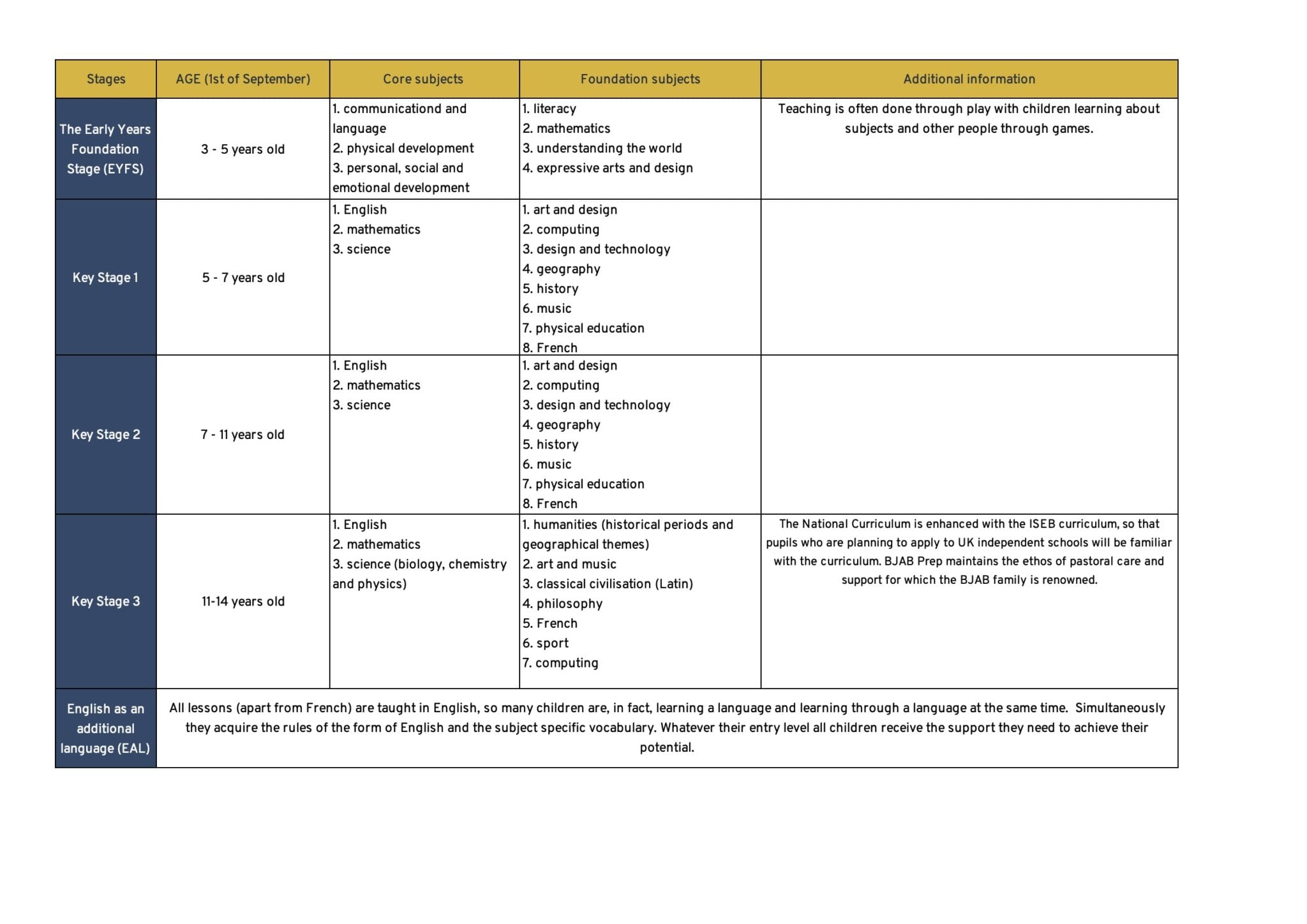